FROM RIGHT WING POPULISM TO A NEW PARTICIPATORY POLITICS

FORTY YEARS AFTER THATCHER told us that the market and privatisation would make the consumer king and queen, her big lie is exposed for all to see. Instead of being a nation of home owners we are more and more at the mercy of an overpriced and inadequately regulated private rented sector. We see the loss of most social housing and an ever worsening problem of homelessness. Instead of having decently run public services and utilities we face the consequences of the race for profit – ever rising bills, lack of help for those most needing it and a neglected, wasteful infrastructure.

All this was sold on the promise that the market would give the public choice and power. It would put an end to the paternalism, dependency and inefficiency that Thatcher and her heirs told us that state services would always burden us with. Maybe the first founders of the welfare state in their desperate quest to put right the poverty, disease and insecurity of years of market dominance really did think they knew best. But ever since then there has been a determination on the part of the welfare state’s supporters to make it more democratic, accountable and inclusive of diversity.

Now the Labour Party has picked up the baton and published the pamphlet From Paternalism To Participation, highlighting the importance of such a participatory future and offering pioneering examples. This is a really helpful step forward, but it’s one thing to identify prefigurative instances of involvement at a time of continuing austerity and another to reshape policy and politics from the ground up.

There are some assumptions which need questioning. The foremost is that participation is a ‘good thing’. However, if the institution itself is dysfunctional or not fit for purpose then, no matter how good the involvement structures are, they won’t work in the interests of their communities or service users.

This can be seen at its sharpest in the Department for Work and Pensions (DWP) and the private companies which profit from the outsourced assessments processes. It can also be seen in local authorities, local enterprise partnerships (LEPs), housing associations and parts of the NHS. No amount of participation in Atos, Capita or Maximus is going to make them anything more than the profit driven enterprises they are. 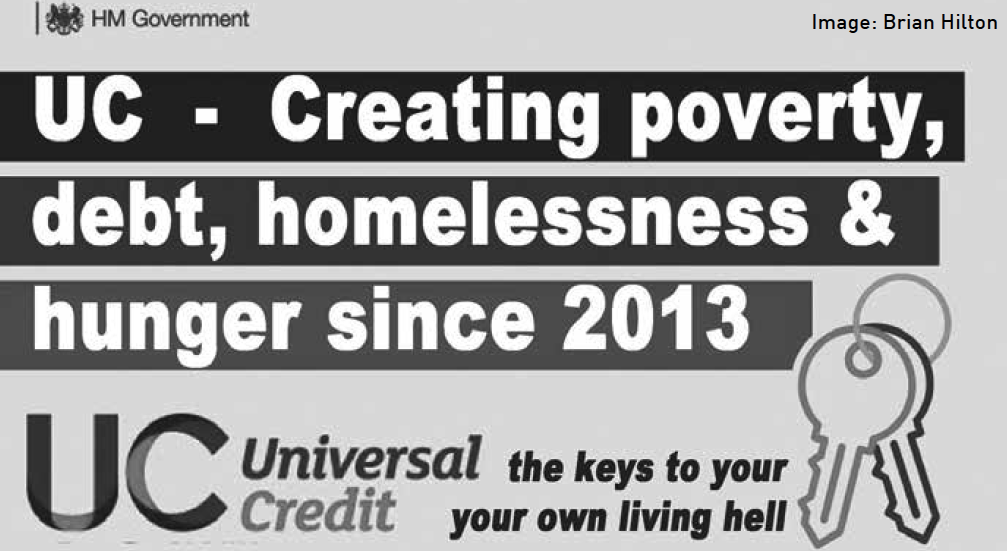 However, we also need to pass a critical eye over charities and public sector bodies and question if they are the best institutions to run services for the populations they currently serve.

Many of these institutions have their roots in 19th and 20th century paternalistic capitalist development and there is a need to replace them with new ones that are fit for the 21st century. If a transformative Labour government is going to be truly radical in the mold of the 1945 one, then, rather than breathing life into outdated organisations which are part of the problem, funding and new investment needs to be diverted into organisations which promote, rather than obstruct, meaningful and genuine community empowerment.

Some of these institutions can be reformed but others will need to be replaced with co-operatives, communityand service user-led organisations which are democratically run, represent the diversity of the populations they serve and are valued by their customers. If consumerist involvement has mainly meant an endless succession of market research and tokenistic consultation exercises branded as “tell us what you think” to disguise another round of “efficiency cuts” and self-help rhetoric, the evidence is now clear that real participation must mean people having a genuine chance to make change individually and collectively. Citizen participation must mean having a real, meaningful, say in shaping professional practice and services as they intervene in our lives, and playing an equal role in shaping politics, policy and provision.

Despite the hostile political environment for such participatory politics over the last decade, much has been achieved and many lessons learned, especially from the new social movements – notably the welfare service user movements like the disabled people’s and survivor movements, which have been making great strides. We now know enough to inform effective goals and a sustainable strategy for building a participatory democracy that alone will kill present right wing populist politics stone dead.

First, participation must include everyone, not just the ‘usual suspects’ – the white educated middle class men who have long dominated policy and political processes. It must move beyond the token, the tame and the pliable who provide decoration for business as usual and obstruct change.

Second, participation must be accessible. It must move on from traditional forms like public meetings and questionnaire completion so that it no longer privileges those with verbal and writing skills. There are innumerable people-friendly approaches that can make sure that often excluded voices like those of young and disabled people, homeless and poor people, are included on equal terms. Participation can be fun as well as effective.

The goal should be co-production, meaning that people who’ve never had a say can feel supported and empowered – with help where needed – to make their equal contributions effectively on their own terms. But to do co-production effectively we must confront the issue of power. The Social Care Institute for Excellence (Scie) produced a helpful briefing paper in 2009 which shows how co-production is different from participation:

“Co-production is a potentially transformative way of thinking about power, resources, partnerships, risks and outcomes, not an off-the-shelf model of service provision or a single magic solution.

“To act as partners, both users and providers must be empowered. Co-production means involving citizens in collaborative relationships with more empowered frontline staff who are able and confident to share power and accept user expertise.”

As far back as 1992, the pioneering disability researcher and activist Mike Oliver addressed the power question in relation to research. He wrote that conventional research has tended to be imposed on participants, merely seeking to extract their knowledge and experience.

What’s really needed, he argued, is emancipatory research which is based on equalising the social relations of research so that researcher and researched are treated equally – and so that research empowers people and improves the world they live in, in line with their rights and ideas.

We also now have a large and growing body of evidence which highlights some of the most effective avenues for such participation enabling co-production – if it is to enable meaningful positive change. These include:

» Effective and equal involvement in research and knowledge production, valuing the lived experience, particularly of groups facing discrimination, to identify their priorities, proposals and solutions, instead of continuing to rely on self-identified ‘experts’.

» Structured user and carer involvement is essential in all human service training, learning and practice development. We have learned from social work professional education, where this is centrally funded and a requirement, how much this is valued and how much it can improve the culture, policy and practice of public services.

» There needs to be citizen participation at policy as well as individual service level. Such involvement needs to be built into its management and accountability.

» Ongoing citizen involvement in all processes of audit, outcome measurement and evaluation. Who knows better than service users how well services work and what they need to be doing? Can we honestly imagine that disasters like the scandal at the Mid-Staffs hospital and in private provision for people with learning difficulties would ever have happened if such participatory processes of quality measurement were in place, or whistleblowers had a real say and protection?

» The political shift to the right and the introduction of the market and its procedures over the last 40 years has been associated with increased bureaucratisation, managerialism, bullying and reduced worker rights. Non-hierarchical, democratising structures like co-operatives, based on collaborative and collective working, offer valuable democratising alternatives. They also highlight the importance of empowering service workers as well as service users for truly participatory policy.

» Finally, we need to invest in and develop the network of user led organisations (ULOs) and disabled people’s organisations (DPOs) needed to ensure that some of our most marginalised groups have opportunities for selfempowerment and have equal voice in more participatory arrangements. Many traditional charities have lost their way and largely become an extension of government and market. Organisations controlled by those they are intended to benefit and give voice to must be a priority for support from a future Labour administration, committed to participatory, sustainable and equalising politics and policy.

PETER BERESFORD AND MARK HARRISON
Mark Harrison is director of Social Action Solutions, and Senior Research Fellow in Social Action at the University of Suffolk.

Peter Beresford is co-chair of Shaping OurLives, the disabled people’s and service users’ organisation and network, and Professor of Citizen Participation at the University of Essex.