Human Catastrophe – How did we get here? 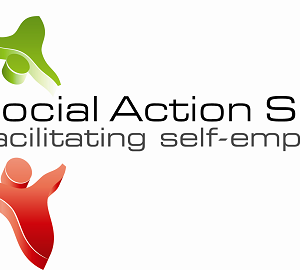 When the chair of the UN disability committee described what has happened to disabled people in the UK as a “human catastrophe” the world was shocked.  Unfortunately our Government, who are responsible for creating this situation, characteristically denied everything and went on the attack saying they are world leaders in disability.  So what has led us to this situation?

The roots of the problem lie in the last New Labour administration.  When elected in 1998 the Blair Government established a disability unit at the heart of Government to address the institutional barriers that prevented disabled people leading equal lives with their non-disabled peers.  This was a positive and progressive move to put disability policy high up the political agenda.  In 2005 the government strategy; Improving the Life Chances for Disabled People was launched with a clear implementation plan.  However by the time the UN had developed the Convention on the Rights of Disabled People (CRPD) with and by disabled people in 2006 the New Labour administration had veered to the right and adopted the US neo-liberal model of welfare to work programmes.  Blair, Brown and co, schooled in and admirers of Chicago school economics privatised welfare to work assessments and programmes.  In their last term in power they phased out Incapacity Benefit, replacing it with Employment Support Allowance (ESA).  The assessments were outsourced to foreign owned, private companies, Atos and now Maximus.  Work capability assessments (WCA) became the gateway to out of work sickness/disability benefits.  WCA has proved totally unfit for purpose.  Under the Coalition and subsequent Tory administrations the situation for disabled people has gone from bad to worse.

The situation got a whole lot worse when the Coalition Government was formed in 2010 and unleashed an austerity programme which targeted disabled people for the harshest of treatment.  Despite signing and ratifying the CRPD in 2009 the Government set its course to dismantle the rights based approach based on the social model of disability as set out in the CRPD.  Instead of adopting an approach to progressively implement improvements by dismantling the barriers which exclude they set a course to undermine and dismantle rights won over the previous four decades.  Many of the cuts affected disabled people disproportionately to the rest of the population.  These included the Bedroom Tax, scrapping Disability Living Allowance (DLA) and replacing it with Personal Independence Payments (PIP), cuts to adult social care and children’s services, closing the Independent Living Fund (ILF), cuts to mental health services, benefit sanctions, cuts to ESA, targets for private providers to restrict/fail PIP and WCA claimants.

Disabled People’s Organisations (DPOs) opposed these cuts and changes and called on the Government to carry out a cumulative impact assessment under the Equality Act.  This they refused to do and proceeded on their course.

The wider political agenda of successive Government’s from 1979 onwards was to accelerate the redistribution of wealth from the bottom upwards by undermining, privatising and ultimately destroying large parts of the welfare state. To justify their targeting of disabled people the Tory led Coalition Government unleashed a pernicious propaganda campaign through the popular media.  To achieve their ‘Poor Law’ goals they had to recast the public’s view of disabled people from the deserving to the undeserving poor.  In the wake of the Paralympics where disability and disabled people were cast in a positive light with huge public support, they had to change public perception.  What was unleashed was a torrent of stories of disabled people as benefit scroungers.  The political discourse was that we had become a drain on society, a luxury in austere times we could no longer afford.  Government’s own figures show that disability benefits have the lowest levels of fraud but if you read the Daily Mail, The Sun, The Daily Express or The Telegraph you would perceive the opposite.

In a chilling warning to the UK Government to change course the Chair of the UN Disability Committee Theresia Degener said disabled people could be at risk of violence and even “killings and euthanasia”, because of their portrayal by the UK Government and media as “parasites” who live on benefits.

It felt like disabled people were being treated in the same way as the miners were by the Thatcher Government in the 19984/85 miners’ strike.  It felt like we had become the ‘enemy within’ and the accompanying rise in hate crime against us showed how successful their propaganda campaign was.  The Tories and their Lib Dem lackeys couldn’t have got away with the unrelenting attacks on our rights without this negative briefing of the right wing media.

What they didn’t expect was the resistance from a disability community who won their rights through struggle and direct action.  Disabled People Against Cuts (DPAC) was formed in 2010 to oppose austerity and embarked on a campaign of direct action, legal actions and protest.  One of the key actions taken by DPAC was to report the UK Government to the UN using the Optional Protocol of the CRPD.  Having exhausted all options domestically to get the Coalition to change course DPAC presented powerful evidence to the UN of human rights abuses, disproportionate treatment and rising deaths and suicides as a direct result of austerity policies. The UN took this evidence seriously and launched an inquiry.  This was a very thorough process which concluded that:

“…there is reliable evidence that the threshold of grave or systematic violations of the rights of persons with disabilities has been met in the State party.”

The UK Government is the only Government in the world to be subject to an inquiry under the CRPD. Characteristically the Tories dismissed the UN findings.

This year the UK Government has undergone an examination of its progress in implementing the Convention.  An alliance of DPOs from across the UK produced a civil society Shadow Report which again evidenced widespread violations of our human rights.   The alliance told the UN committee that a range of government policies – many arising from the austerity agenda – place it in breach of the convention. These shortcomings are aggravated by the failure of other public sector bodies such as local authorities and NHS organisations to deliver the support and safeguards set out in the convention.

Among the issues highlighted in the UK DPOs’ submission were:

Again the UN found widespread breaches of the Convention.  The disability committee told the UK government to make more than 80 improvements to the ways its laws and policies affect disabled people’s human rights.

In its “concluding observations” on the progress the UK has made the committee raised concerns and made recommendations on all but three of the 33 treaty articles it has breached.  This is the highest number of recommendations it has ever produced for a country undergoing the review process.

So where do we go from here?  Disabled people need a complete change of approach from Government. Nobody involved in the disability rights movement is under any illusions that things will improve whilst we have a Tory Government.  Indeed they have signalled their intent to carry on regardless by appointing the hated Esther McVey (previously Minister AGAINST Disabled People) as Minister for Work and Pensions.

Disability activists have the utmost respect for Jeremy Corbyn and, in particular, John McDonnell who has supported every DPAC direct action over the last 8 years.  The disability roadshow led by Debbie Abrahams and production of the disability manifesto during last year’s election campaign was a step forward.  We welcome the commitment made by McDonnell at the recent National Disabled People’s Summit that disabled people would “go into government just as much as we do when that election comes”.

McDonnell made a similar pledge in 2016, when he promised that organisations like Disabled People Against Cuts (DPAC) would be “at the heart of government, sitting alongside ministers and others, advising them on how to implement… policies”.

Bring it on!  Let’s not wait until the election, we need this work to start now! This is the only way forward to stop this human catastrophe from escalating further and spiralling out of control.