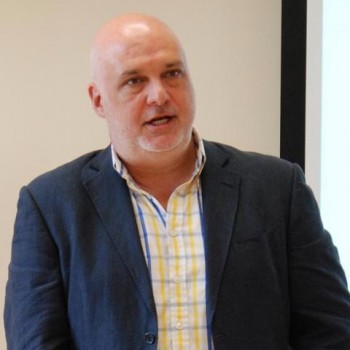 Mark is a founder of social action. Until April 2018 he was Chief Executive Officer of Equal Lives, formerly Norfolk Coalition of Disabled People (NCODP). He was director of Social Action research centres in the Universities of Nottingham, DeMontfort and East Anglia from 1989 – 2008. His extensive research experience, internationally and in the UK includes, child care, involving community members as researchers, emancipatory disability research, self directed groupwork and social action research. He is a trainer in self directed groupwork, social action, child care, youth and community development, capacity building and diversity issues.

Mark has over twenty years experience of working in Russia, the former Soviet Union and Eastern Europe. He has also worked extensively in Africa and Asia. He has carried out many consultancies and run training courses for governmental and non governmental agencies. Mark developed and managed a three country – Russia, Ukraine and Belarus – three year deinstitutionalisation of child care programme for UNICEF. He managed a global disability research programme for DFID. Mark worked for over a decade alongside the Somali refugee community in the UK and managed the EU funded Somaliland Development and Returning Home Project. Mark is an experienced foster carer and an adopter. He has published widely on social action, disability, youth and community development, and social care.

Mark is a senior research fellow in social action at the University of Suffolk.